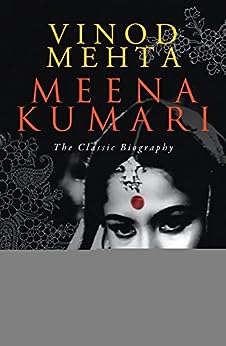 The Life and Instances of India's Biggest Tragedienne Vinod Mehta's riveting account of Meena Kumari's life begins together with her loss of life, weeks after the discharge of her swan-song Pakeezah. He goes again in time to Meetawala Chawl in Dadar East, the place she was born, and to the flats and mansions she lived in, the studios the place she labored, the hospital the place she died and the cemetery she was cremated in. Having by no means met the star, Mehta talks to all those that had been near her – her much-maligned husband Kamal Amrohi, her sisters, her in-laws, her colleagues and co-stars – to create a fancy portrait of a girl who fastidiously cultivated the picture of somebody 'unfairly exploited and betrayed by her lovers and woman luck'. It was an image that blended together with her on-screen persona. The media had, in any case, already anointed her Hindi cinema's 'nice tragedienne'. First printed in 1972, this revised version comes with a contemporary introduction by the writer and introduces a legend of Indian cinema to a brand new readership.